A Representative from New York; born in West Islip, Suffolk County, N.Y., March 13, 1958; B.A., Vassar College, 1980; J.D., American University, 1983; admitted to the bar in 1984 and commenced the practice of law in New York; Suffolk County executive assistant district attorney; member, Suffolk County legislature, 1990-1993; elected as a Republican to the One Hundred Third and to the three succeeding Congresses (January 3, 1993-January 3, 2001); was not a candidate in 2000 for reelection to the United States House of Representatives, but was an unsuccessful candidate for election to the United States Senate. 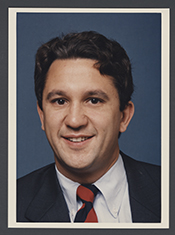