JOSEPH J. LHOTA, B.S.B.A., M.B.A., originally appointed by Mayor Rudolph Giuliani in May 2001 as a trustee of the Board of The City University of New York and re-appointed by Mayor Michael Bloomberg in June 2004. He served as Chairman and CEO of the Metropolitan Transit Authority between 2011 and 2012. He was Executive Vice President at Madison Square Garden from 2010 to 2011. From 2002 through 2010, he was Executive Vice President at Cablevision Systems Corporation. Mr. Lhota was Deputy Mayor for Operations from July 1998 to December 2001. Previously, Mr. Lhota served as New York City's Budget Director and Commissioner of Finance. As Deputy Mayor, Mr. Lhota was the City's chief operating officer responsible for overseeing all of the City's agencies and advising the Mayor on the budget and financial management of the City. Additionally, Mr. Lhota served as the Mayor's chief liaison with federal, state and local elected officials. Prior to his government service, Mr. Lhota was a senior investment banker with First Boston and PaineWebber. He is an expert in the development of financing programs for state and local governments. Mr. Lhota is a cum laude graduate of Georgetown University and he received his M.B.A. from the Harvard Business School. Mr. Lhota, a resident of Brooklyn, is Chair of the Board's Standing Committee on Fiscal Affairs. 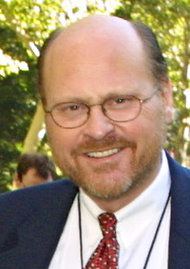