Mr. Faso's practice focuses on local, state and federal government advocacy on behalf of the construction, healthcare, energy, and transportation industries. He also represents various non-profit organizations before state government. In addition, he provides advice and counsel on legal and regulatory matters to charter school organizations. He began his professional career working for Representative John W. Wydler on the professional staff of the Committee on Government Operations, U.S. House of Representatives. From 1983-86, he was Commissioner of the New York State Legislative Bill Drafting, appointed by then state Senate Majority Leader Warren Anderson. The Commission is charged with the drafting and technical review of all bills and resolutions introduced into the state legislature. Mr. Faso was elected to the New York State Assembly in 1986 and served as Minority Leader between 1998 and 2002. In the Assembly, he gained a reputation as a proponent of fiscal responsibility, lower taxes and budget reform. Mr. Faso was also an early proponent of the establishment of charter schools and was the sponsor of the first legislative proposal to create a charter school law in New York State. As Minority Leader, he was also instrumental in the passage of charter school legislation in 1998. In 1994, Mr. Faso was asked by Governor-elect George E. Pataki to chair his budget transition team. In that capacity Faso supervised the staff of the state division of the budget in formulating the initial budget proposal on behalf of the newly elected Governor, closing a $5 billion deficit. The budget that Faso prepared was the first New York State budget in 52 years to actually reduce spending on a year to year basis. Mr. Faso became Ranking Minority Member of the Assembly Committee on Ways and Means and in 1998, was elected Minority Leader of the state Assembly. Mr. Faso stepped down as Minority Leader in March, 2002 when he announced his candidacy for state Comptroller, an election he lost by a narrow margin. Mr. Faso was also the Republican candidate for Governor of New York in 2006. - See more at: http://www.manatt.com/JohnFaso.aspx#sthash.Gto2q9lk.dpuf 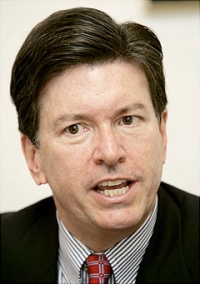