Born in Cleveland, Ohio, President Shalala received her A.B. degree in history from Western College for Women. One of the country’s first Peace Corps Volunteers, she served in Iran from 1962 to 1964. She earned her Ph.D. degree from The Maxwell School of Citizenship and Public Affairs at Syracuse University. She has held tenured professorships at Columbia University, the City University of New York (CUNY), and the University of Wisconsin-Madison. She served as President of Hunter College of the City University of New York from 1980 to 1987 and as Chancellor of the University of Wisconsin-Madison from 1987 to 1993. She served as President of the University of Miami from 2001 to 2015. In 1993 President Bill Clinton appointed her U.S. Secretary of Health and Human Services (HHS) where she served for eight years, becoming the longest serving HHS Secretary in U.S. history. She served in the Carter administration from 1977 to 1980 as Assistant Secretary for Policy Development and Research at the U.S. Department of Housing and Urban Development. 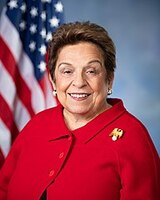