Judy Feder is a professor of public policy and, from 1999 to 2008, served as dean of the Georgetown Public Policy Institute. She is also a Senior Fellow at the Center for American Progress. Judy is one of the nation's leaders in health policy—particularly in efforts to understand and improve the U.S health insurance system. A widely published scholar, her three decades of policy research began at the Brookings Institution, continued at the Urban Institute, and, since 1984, flourished at Georgetown University. Her expertise on health insurance, Medicare, Medicaid, and long-term care is regularly drawn upon by members of Congress, executive officials, and the national media. Judy has also held leadership policy positions. As staff director of the congressional Pepper Commission—chaired by Sen. John D. Rockefeller IV (D-WV)—she is widely credited with setting the stage for the health reform debate of the 1990s. During former President Bill Clinton’s first term, she served as principal deputy assistant secretary for planning and evaluation in the Department of Health and Human Services, where she worked to expand health insurance coverage, effectively manage Medicare and Medicaid, and assure the safety of food and drugs. In 2006 and 2008, Judy was the Democratic nominee for Congress in Virginia’s 10th congressional district. She is an elected member of the Institute of Medicine, the National Academy of Public Administration, and the National Academy of Social Insurance; a former chair and board member of AcademyHealth; a member of the Center for American Progress Action Fund board, the Robert Wood Johnson Health Policy Fellowships Program Advisory Board, and the Hamilton Project’s Advisory Council; and a senior advisor to the Kaiser Commission on Medicaid and the Uninsured. Judy is a political scientist, with a B.A. from Brandeis University, and a master's and Ph.D from Harvard University. 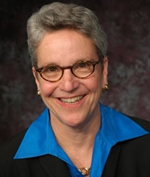