As president and chief executive officer of America's Health Insurance Plans (AHIP), Karen Ignagni is the voice of health insurance plans, representing members that provide health care, long-term care, dental and disability benefits to more than 200 million Americans. AHIP was formed in late 2003 as a result of a merger between the American Association of Health Plans (AAHP) and Health Insurance Association of America (HIAA). Ms. Ignagni led AAHP and since joining the organization in 1993 she has won many accolades for her leadership. Washingtonian Magazine named her one of the Top Three "Top Guns" of all trade association heads. George Magazine placed her 21st on a list of the 50 Most Powerful People in Politics. "In a city teeming with health care lobbyists, Ms. Ignagni is widely considered one of the most effective. She blends a detailed knowledge of health policy with an intuitive feel for politics," wrote the New York Times in 1999. Fortune described the political program Ms. Ignagni spearheaded at AAHP as "worthy of a presidential election bid." Prior to joining AAHP in 1993, Ms. Ignagni directed the AFL-CIO's Department of Employee Benefits. In the 1980s, she was a professional staff member on the U.S. Senate Labor and Human Resources Committee, preceded by work at the Committee for National Health Insurance and the U.S. Department of Health and Human Services. Ms. Ignagni has authored more than 90 articles on a wide range of health care policy issues, including pieces published in The New York Times, USA Today, the New York Daily News, The Washington Times, Institutional Investor, New England Journal of Medicine, Health Affairs, Modern Healthcare and Physician's Weekly. 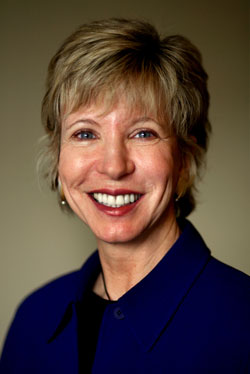