Randy M. Mastro, a partner in the New York office of Gibson, Dunn & Crutcher, is Co-Chair of the Firm’s Litigation Practice Group. He has served on the Firm’s Management and Executive Committees for more than a decade. Among many high-profile matters, Mr. Mastro won a two-month RICO trial barring the enforcement of a $9 billion Ecuadorian judgment against Chevron that The American Lawyer called “The Case of the Century.” Moreover, he won a month-long trial against the SEC, obtaining the dismissal of all charges against high-profile entrepreneur, Lynn Tilton, and thereby defeating the largest individual enforcement action the SEC ever brought before its in-house tribunal, where it typically won 90 percent of the time. Mr. Mastro also led the successful effort to defeat New York City’s controversial West Side Stadium project, and he represented the State of New Jersey in conducting a high-profile investigation into allegations concerning the “Bridgegate” controversy. He has tried dozens of cases in private practice and as a federal prosecutor, and he has also argued more than 100 appeals in federal and state appellate courts throughout the country. Mr. Mastro has represented such clients as AIG, Chevron, Amazon, Empire Blue Cross Blue Shield, Estee Lauder, Madison Square Garden, Cablevision, Dow Jones, Verizon, Dart, DraftKings, Home Depot, Daimler, Wynn, JPMorgan, GE Capital, Park Place/Caesar’s, Quest Diagnostics, IAC, Bear Stearns, Bank of New York Mellon, Empire Merchants, Edison Schools, Lynn Tilton, Peter Kalikow, Vornado, LeFrak Organization, Saks, Ziff Davis, UBS Financial Services, Octagon, Martina Hingis, Anna Kournikova, and Steffi Graf. Before returning to Gibson Dunn in 1998, Mr. Mastro served as Mayor Rudolph Giuliani’s Chief of Staff and then as New York City’s Deputy Mayor for Operations. In that capacity, he was responsible for overseeing all of the City’s operating agencies and budget, and served as the Mayor’s chief liaison with elected officials. In the Mayor’s absence, he was authorized to act on the Mayor’s behalf. While in the Giuliani administration from 1994 to 1998, Mr. Mastro spearheaded City initiatives to remove organized crime from the Fulton Fish Market, private carting industry, and San Gennaro Festival. He also chaired the City’s Trade Waste Commission (now known as the Business Integrity Commission) and oversaw the successful turnaround of the City’s OTB operation. In the early 1990s, Mr. Mastro was a Gibson Dunn litigation partner. In 1990, he served as Associate Counsel on the Independent Counsel investigation of HUD Secretary Samuel Pierce. In 1991, he was appointed Special Master and Monitor of the assets of a Saudi tycoon implicated in the BCCI scandal. From 1985 to 1989, Mr. Mastro served as Assistant United States Attorney and Deputy Chief of the Civil Division in the U.S. Attorney’s Office for the Southern District of New York, where he specialized in organized crime cases and spearheaded the federal government’s landmark racketeering suit that put the International Brotherhood of Teamsters into court supervision. From 1982 to 1985, Mr. Mastro was a litigation associate at Cravath, Swaine & Moore, where he was part of the successful libel defense trial team in Westmoreland v. CBS. Before that, upon graduating cum laude from Yale College and the University of Pennsylvania Law School, where he was the school’s moot court champion, Mr. Mastro clerked for Justice Alan B. Handler of the New Jersey Supreme Court. During his tenure as a federal prosecutor, Mr. Mastro received the Attorney General’s Distinguished Service Award, the John Marshall Award for Outstanding Legal Achievement, and the Director’s Award for Superior Performance, among other honors. Mr. Mastro is currently an Adjunct Professor at the University of Pennsylvania Law School, where he teaches a course entitled “The Role of the General Counsel.” He also taught complex civil litigation and legal writing courses at Fordham Law School. He has authored articles in the Federal Communications Law Journal, Fordham Law Review, University of Michigan Journal of Law Reform, and Seton Hall Law Review. His op-ed pieces have appeared in The New York Times, Daily News, and New York Post, and he wrote for the Washington Post and Time. He co-authored the chapters, “White Collar Crime,” in Business and Commercial Litigation in Federal Courts, and, “Energy,” in Commercial Litigation in New York State Courts. Mr. Mastro has been a member of the bars of New York, New Jersey, Pennsylvania, and many federal courts, including the U.S. Supreme Court. He chaired two New York City Charter Revision Commissions. In addition, Mr. Mastro serves as Chair of the Citizens Union of the City of New York, Co-Chair of the Hamptons International Film Festival, and Vice Chair of the Legal Aid Society of New York City, as well as on the Board of Overseers of the University of Pennsylvania Law School. University of Pennsylvania - 1981 Juris Doctor Yale University - 1978 Bachelor of Arts 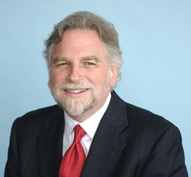