Former National security adviser to the Vice President; former Under Secretary of State for Arms Control and International Security. Sacked for personal relationships with Paul Erickson and Maria Butina (Russian spy). Ms. Thompson, a former military officer, currently serves as a Special Advisor in the Office of Policy Planning at the Department of State. Previously, she was Deputy Assistant to the President and National Security Advisor to the Vice President at the White House. A former Director of the McChrystal Group Leadership Institute, Ms. Thompson has more than 25 years of military service in the U.S. Army including deployments to Afghanistan, Iraq, and Bosnia. She has also served as National Security Advisor to the House Homeland Security Committee, Executive Officer to the Under Secretary of the Army, Senior Military Advisor to the House Foreign Affairs Committee and a Senior Fellow with the Army’s strategic studies group. She earned a B.A. in both journalism and Spanish at the University of South Dakota, a M.S. from Long Island University and a M.A. from the National Defense University. 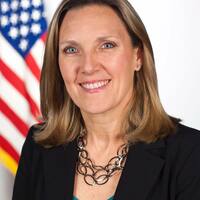