Former Under Secretary US Army | former US Rep from Oklahoma

Brad R. Carson is General Counsel of the Department of the Army at the Department of Defense, a position he has held since 2012. Previously, Mr. Carson was a Professor of Business Law at the University of Tulsa, where he had a joint appointment in the College of Law and the College of Business from 2009 to 2012. From 2010 to 2012, he was the Director of the National Energy Policy Institute at the University of Tulsa. Mr. Carson served on active military duty as a United States Navy officer deployed to Iraq, embedded with the United States Army’s 84th Explosive Ordnance Disposal Battalion from 2008 to 2009. Mr. Carson was the Chief Executive Officer of Cherokee Nation Businesses, L.L.C. from 2009 to 2010 and a fellow at the Kennedy School of Government at Harvard University in 2005. From 2000 to 2005, Mr. Carson represented the 2nd District of Oklahoma in the United States House of Representatives. He practiced commercial law at Crowe & Dunlevy, P.C. Mr. Carson received a B.A. from Baylor University, an M.A. from Trinity College at Oxford University, and a J.D. from the University of Oklahoma College of Law. 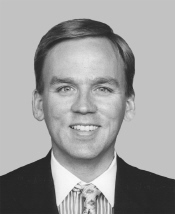