M&T Bank's chairman and chief executive officer, Robert Wilmers, died on Saturday night at home after nearly 35 years leading the Buffalo, New York-based company Robert George Wilmers was born in New York City on April 20, 1934, to Charles Wilmers and the former Cecilia Eitington. He spent his childhood in New York and Belgium, where his father was an executive of the utility Sofina. He graduated from Harvard University and attended Harvard Business School but did not receive a degree there. In addition to his son Christopher, Mr. Wilmers is survived by his wife, Elisabeth Roche Wilmers; four stepchildren, Camille de Wouters, Guillaume de Wouters, Juliette Chevalier and Charlotte de Coupigny; two grandchildren; and 11 step-grandchildren. Another son, Robert Jr., died in 1993. ROBERT G. WILMERS has been a director since 1982. He is the chairman of the board and chief executive officer of M&T Bank Corporation, and is the chairman of its Executive Committee. Mr. Wilmers is the chairman of the board and chief executive officer of M&T Bank, chairman of its Executive Committee and a member of its Trust and Investment Committee. He is a director of AIB. Mr. Wilmers is also a director of The Business Council of New York State, Inc. and the Financial Services Roundtable. Wilmers grew up in New York City and in Belgium, where his father worked for a utility company. He graduated from Harvard University in 1956 and joined Bankers Trust Co. in 1962. He worked for New York City Mayor John Lindsay as a financial official in the 1960s. M&T hired Wilmers in 1983 as chairman and CEO. Under his leadership, M&T grew from a local bank with $2 billion of assets and 2,000 employees into a top regional with operations in 11 states and the District of Columbia. He led the bank through 24 acquisitions, including Allfirst Bank in Baltimore, Wilmington Trust in Delaware and, most recently Hudson City Bancorp in New Jersey. That deal, completed in 2015, took more than three years to close as the company was required to beef up its anti-money laundering compliance to gain regulatory approval. Wilmers retired as CEO in 2005 but returned 18 months later when his successor, Robert Sadler, stepped down. 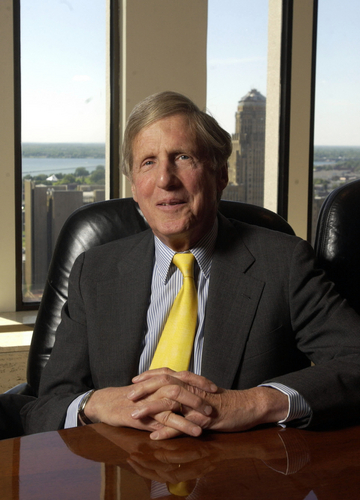