Former US Representative from Pennsylvania (2013-2019)

Keith Rothfus was the US Representative for PA's 12th district between 2013 and 2019. He was defeated in the general election in Nov 2018 by Democrat Conor Lamb. Rothfus moved to western Pennsylvania with his wife Elsie--a native of Pittsburgh's northern suburbs--shortly after graduating from Notre Dame Law School. He and Elsie are raising their six children, aged three to nineteen, in the same Edgeworth neighborhood in which Elsie grew up. Prior to his tenure in the US Congress, Keith had been an attorney in private practice. for almost 20 years. Born in Endicott, Broome County, N.Y., April 25, 1962; B.S., State University of New York-Buffalo State, 1984; J.D., University of Notre Dame, Notre Dame, Ind., 1990; lawyer, private practice; Department of Homeland Security, 2006-2007; unsuccessful candidate for election to the United States House of Representatives in 2010; elected as a Republican to the One Hundred Thirteenth Congress (January 3, 2013) until he was From 2005 to 2007, he worked in the Office of Faith-Based Initiatives in the Department of Homeland Security, working to ensure an appropriate role for faith-based and community organizations when disasters such as Hurricane Katrina strike. 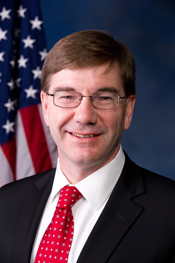