Margaret Hunt Hill was born in Lake Village, Arkansas on November. 19, 1915 to Lyda and H.L. Hunt. She passed away June 14, 2007. She grew up in El Dorado, Arkansas and Tyler, Texas before moving with her family to Dallas in 1938. After graduating from Mary Baldwin College, she worked as her father's executive assistant until she married Al G. Hill. She authored H.L and Lyda, the story of her family and the early days of the East Texas Oil Field. Not merely a "joiner" but a "doer," she was Treasurer of the Junior League, President of the Dallas Woman's Club, Chairman of the Easter Seal - Dallas Society for Crippled Children, Founder of the Women's Guild for the Dallas Society for Crippled Children, Founder and Life Director of Dallas Heritage Society and Founder of the Dallas Cotillion. Especially interested in beautification, she was a Founder of the Kissing Camels Garden Club, President of the Junior League Garden Club and of Founders Garden Club. Zone Chairman and member of the Board of Directors of the prestigious Garden Club of America. A lifetime of interest in Historic Preservation included being a member of the Governor's Texas Historical Society from 1981-1987, member of the White House Preservation Fund Committee from 1981 - 1988, Treasurer of the Friends of the Governor's Mansion, Vice President of the Dallas Historical Society, active in Dallas Southern Memorial Assoc. Society, Co-Chairman with Van Cliburn of the 60th Anniversary of the Discovery of the East Texas Oil Field at the East Texas Oil Field Museum which she was instrumental in creating. In Colorado Springs, she and Al built the Garden of the Gods Club and Kissing Camels Club, and owned and operated Seven Falls. In 1962 she landscaped the Air Force Academy Football Stadium. Among her many honors, she received the 1990 Flora Award, Garden Club of America Zone IX Creative Leadership Award, Komen Foundation National Philanthropy Award in 1996, the Dallas Historical Society Award for Excellence, 1999, Planned Parenthood Shelburne Award, YWCA Family of the Year Award in 2000 and an honorary degree from her alma mater, Mary Baldwin College. She was preceded in death by her husband, Al G. Hill, Sr., and two brothers; Hassie and Lamar Hunt. She is survived by her children Lyda Hill, Al G. Hill Jr., Alinda and spouse Jim Wikert, seven grandchildren, eight great-grand children, her sister Caroline Rose Hunt and brothers Bunker Hunt and wife Caroline, Herbert Hunt and wife Nancy and sister-in-law Norma Hunt and many nephews and nieces. 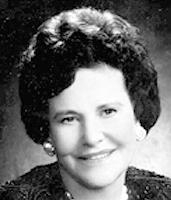