Permanent Representative to NATO. former US Senator from Texas 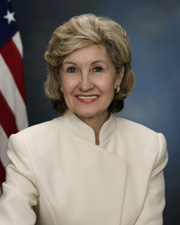