Lobbyist | former US Representative from Arizona

Ben served as a member of the 112th Congress, representing the 3rd District of Arizona. During his time in the U.S. House of Representatives, Ben focused on regulatory reform that would ease the burden of the federal bureaucracy. Such reforms included changes to Dodd-Frank, Sarbanes-Oxley and tort reform. Ben developed a reputation for hard work, critical analysis, unique perspective and coalition building. Ben served as a member of the Committee on the Judiciary and as vice chair of the Subcommittee on Intellectual Property. He also served on the Committee on Homeland Security and the Committee on Science, Space and Technology. Prior to serving in Congress, Ben founded Tynwald Capital, an investment firm that focused on acquiring small businesses in the Southwest. Additionally, Ben worked as an associate lawyer at Snell & Wilmer and Schulte Roth & Zabel. His practice focused on mergers and acquisitions, corporate governance and real estate transactions. He divides his time between Washington, D.C., and Phoenix, where he lives with his wife and their two young daughters. 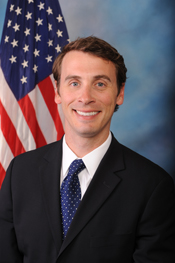