Ralph Lorigo was born on Buffalo’s East Side and initially attended St. Lucy’s Grammar School. The family moved to West Seneca and Ralph attended junior high and high school in the Town of West Seneca, where he continues to reside to the present day. After high school, Ralph attended the University of Buffalo and then the University at Buffalo Law School where he graduated with a Juris Doctorate degree in May of 1973. Ralph took the New York State Bar exam in July of 1973 and was admitted to the New York State Bar in February of 1974. He has practiced law in the Town of West Seneca ever since. In 1993, Ralph was selected to become a candiddate for the New York State Supreme Court. He has been a member of the New York State and Erie County Bar Associations throughout his career. He has been a member of the West Seneca Lions Club for over 30 years; has been an instructor and advisor in the West Seneca and Cheektowaga Continuing Education Programs and has lectured on numerous occasions to such organizations as volunteer fire companies, New York State Retiring Teacher’s Association and numerous others. Since 1981, he has been involved in Conservative politics, first as West Seneca Town Conservative Chairman. Followed by that position, Ralph was appointed to the Erie County Executive Board in the 1980s. He then became Erie County Vice Chairman in 1991, followed by Erie County Conservative Chairman in 1995 – a position he still holds today. Recently, Ralph was honored by the New York State Conservative Party, appointing Ralph as a State Vice Chairman. As the longest sitting County Chairman in Erie County, Ralph has formed many long-standing relationships with Town, County, and State governmental officials, as well as a strong involvement in judicial races throughout Erie County and the Eight Judicial District. Ralph is married to the former Debbie Caruana for over 40 years and they have three children: Michael, Joseph, and Jaime. Michael received his undergraduate education degree at RIT and then received an MBA from Canisius College. Joseph graduated Summa Cum Laude from Canisius College and received joint degrees at the State University of New York at Buffalo from the UB School of Law and a master’s in business administration (MBA) from the School of Business. Jaime attended Erie Community College in early childhood development. Ralph has also been an entrepreneur, having built and sold 72 townhouses in the Town of West Seneca from 1988 through 1991; a prior owner of the Fitness Factor Health Club located in Southgate Plaza; owning substantial real estate holdings, both in Erie County and Ocala, Florida and is a Ben and Jerry’s franchisee with a location in Las Vegas, Nevada. He has specialized in all aspects of real estate law, including zoning and real estate litigation. He has represented such clients as Benderson Development, Kulback’s Construction Company, Mobil Oil, Keybank, Marrano/Marc Equity, McDonald’s, and others in numerous zoning matters throughout Erie County. 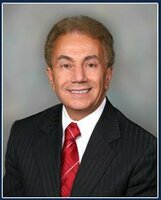