homas M. Reynolds is a Senior Strategic Policy Advisor at Nixon Peabody LLP. Reynolds, a former Member of Congress and House Leader from New York, served as a Senior Member of the House Ways & Means Committee and Chairman of the National Republican Congressional Committee (NRCC). Previously, he served as a member of the New York State Assembly where he rose to the post of Assembly Republican Leader. Prior to his service in the Assembly, Reynolds was a leader in the county legislature and town government. His retirement from Congress marked thirty-five years of elected public service. Additionally, he served as Erie County Republican Chairman from 1990-1996. Mr. Reynolds was a small business owner until being elected to Congress. 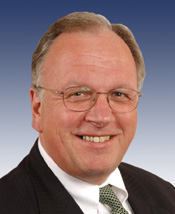