Viola, who is reportedly worth $1.8 billion, is the founder of electronic trading firm Virtu Financial and was previously the chairman of the New York Mercantile Exchange from 2001 to 2004. Viola, a Brooklyn native whose father was a truck driver, graduated from West Point in 1977 and went on to be an infantry officer in the Army’s 101st Airborne Division at Fort Campbell. After completing active duty, he remained in the Army Reserves. In 1983, he graduated with a law degree from New York Law School. In 2003, Viola founded and helped fund the creation of the Combating Terrorism Center at West Point. Viola is also the owner of the Florida Panthers hockey team, which he bought in 2013 for a reported $250 million. If Viola is confirmed, the ownership of the Panthers will be placed in a trust for the other members of the Viola family, and Douglas Cifu, vice chairman and alternate governor of the club, will take over Viola’s role as chairman and governor of Sunrise, Sports and Entertainment, according to a statement from the team. Viola also endowed the Avery Cardinal Dulles, S.J. Chair in Catholic Theology at Fordham University and is a supporter of the Catholic Leadership Institute. Forbes ranked Viola as the 374th wealthiest person in the United States on its 2016 list of 400 richest people in America. 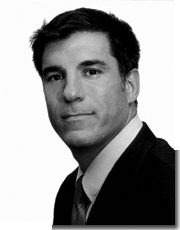