Angelo M. Fatta, Ph.D., was appointed as a member of the SUNY Board of Trustees on June 21, 2012. Effective July 1, 2012, his term on the Board expires June 30, 2018. He is founder and chief executive officer of ANSECO Group headquartered in Buffalo, NY, with operations in Hong Kong and Chicago. He was co-founder of ACTS Testing Labs, a global consumer products testing company specializing in toy safety, where he led ACTS from a small start-up operation in 1973 to an organization of more than 700 employees in 10 locations and six countries in 1998, when he sold the company. In 2009, he founded ANSECO Group, a consumer products testing laboratory specializing in toys, children’s products, and simple hardlines. Dr. Fatta was volunteer President of BuffLink, Inc., a not-for-profit facilitating agency whose mission was to promote the regional commercialization of life sciences discoveries from The University at Buffalo and the Roswell Park Cancer Institute. He served on the University at Buffalo Transfer Technology Advisory Board. He holds a BS in Chemistry from Canisius College, a PhD in Inorganic Chemistry from Wayne State University and was a Post-Doctoral Fellow at The Pennsylvania State University. Dr. Fatta is also immediate past chair of the University at Buffalo Foundation. From 2004 through 2008 he was Chair of the Buffalo Philharmonic Orchestra Board of Trustees. He and his wife, Carol, reside in Hamburg, New York and are founders of The Fatta Foundation, which supports the welfare and development of children in Western New York. 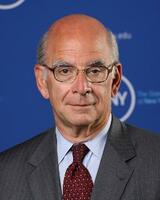