Sheila C. Bair is the President of Washington College, a historic liberal arts school located on Maryland’s scenic Eastern Shore. Ms. Bair assumed office at the College on August 1, 2015. Sheila C. Bair was sworn in as the 19th Chairman of the Federal Deposit Insurance Corporation (FDIC) on June 26, 2006. She was appointed Chairman for a five-year term, and as a member of the FDIC Board of Directors through July 2013. Before her appointment to the FDIC, Ms. Bair was the Dean's Professor of Financial Regulatory Policy for the Isenberg School of Management at the University of Massachusetts-Amherst since 2002. Other career experience includes serving as Assistant Secretary for Financial Institutions at the U.S. Department of the Treasury (2001 to 2002), Senior Vice President for Government Relations of the New York Stock Exchange (1995 to 2000), a Commissioner and Acting Chairman of the Commodity Futures Trading Commission (1991 to 1995), and Research Director, Deputy Counsel and Counsel to Senate Majority Leader Robert Dole (1981 to 1988). While an academic, Chairman Bair also served on the FDIC's Advisory Committee on Banking Policy. Chairman Bair's prior work focused heavily on the banking sector. As the Assistant Treasury Secretary for Financial Institutions, she was charged with helping to develop the Administration's positions on banking policy issues. She worked closely with Treasury's own banking regulatory bureaus, the Office of the Comptroller of the Currency and the Office of Thrift Supervision, as well as the Federal Reserve Board and the FDIC. Ms. Bair's teaching and research at the University of Massachusetts also dealt extensively with banking and related issues. Ms. Bair has served as a member of several professional and nonprofit organizations, including the Insurance Marketplace Standards Association, Women in Housing and Finance, Center for Responsible Lending, NASD Ahead-of-the-Curve Advisory Committee, Massachusetts Savings Makes Cents, American Bar Association, Exchequer Club, and Society of Children's Book Writers and Illustrators. Five months after becoming Chairman, Ms. Bair was named to The Wall Street Journal magazine Smart Money's (November 2006) “Power 30” list – the magazine's lineup of the 30 most influential people in investing. Chairman Bair has also received several honors for her published work on financial issues, including her educational writings on money and finance for children, and for professional achievement. Among the honors she has received are: Distinguished Achievement Award, Association of Education Publishers (2005); Personal Service Feature of the Year, and Author of the Month Awards, Highlights Magazine for Children (2002, 2003 and 2004); and The Treasury Medal (2002). Her first book – Rock, Brock and the Savings Shock, a publication for children – was published in 2006. Chairman Bair received a bachelor's degree from Kansas University and a J.D. from Kansas University School of Law. She is married to Scott P. Cooper and has two children. 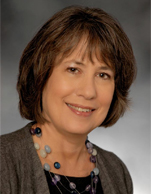