US Senator from North Carolina

A Senator from North Carolina; born in Sampson County, N.C., January 14, 1928; attended Roseboro High School, Sampson County, N.C.; engaged in farming, commercial real estate, heavy construction and auto dealerships; chairman, North Carolina Highway Commission 1969-1972; secretary, North Carolina Department of Commerce 1977-1983; elected as a Republican to the United States Senate in 1992 for the term ending January 3, 1999; unsuccessful candidate for reelection in 1998. In 1992 Sen. Faircloth was elected to the U.S. Senate and served on the Senate Appropriations Committee; the Banking, Housing and Urban Affairs Committee; the Environment and Public Work Committee; and the Small Business Committee. He was the chairman of two subcommittees: the Appropriations Subcommittee on the District of Columbia and the Banking Subcommittee on Financial Institutions and Regulatory Relief. Prior to serving in the Senate, Sen. Faircloth served as chairman of the North Carolina Highway Commission from 1969-1973 and as secretary of the North Carolina Department of Commerce from 1977-1983. Sen. Faircloth has spent 50 years, and continues to spend time, in the private business sector building several businesses, including those in agriculture, construction and real estate. He resides in both Washington, D.C., and Clinton, North Carolina. 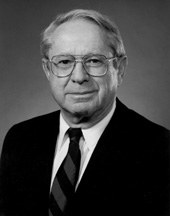