Mark Penn is executive vice president of the Advertising and Strategy group, responsible for Microsoft’s global advertising and marketing strategy. He also oversees a multidisciplinary SWAT team that deals with a range of projects involving marketing, media and compete. His group’s goals include creating world-class advertising and messaging to consumers and business customers delivered through the most cost-effective and scientific means available. Based on state-of-the-art research and data tools, the campaigns aim to inspire our customers, incite our fans and turn around doubters. Previously, Penn was worldwide CEO of Burson-Marsteller and CEO of Penn Schoen Berland, serving as senior adviser to global corporate and political leaders including Bill Gates, Bill Ford, UK Prime Minister Tony Blair, Israeli Prime Minister Menachem Begin, Senator Hillary Rodham Clinton and President Bill Clinton. For six years, Penn served as White House Pollster to President Clinton and was a key adviser in his 1996 re-election, identifying "soccer moms" as the key swing vote needed for victory. Penn also served as chief strategist to Hillary Clinton in her Senate campaigns and 2008 Presidential campaign, devising her "upstate strategy" in New York and creating the "3 AM" ad in the 2008 primaries. He earned a bachelor’s degree from Harvard College and attended Columbia Law School. Penn is a member of the Council on Foreign Relations, the National Holocaust Museum’s Committee on Conscience and he serves on the board of the Meridian House. 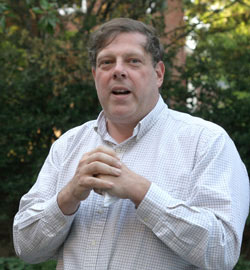