David Wofford is the VP for Public-Private Partnerships and had helped lead Meridian’s engagement with corporate and civil society partners. He currently implements the RAISE Health Initiative, which improves the health of women and men factory and agriculture workers in developing countries through changes in global and corporate policies and workplace practices. RAISE Health is a major activity under the USAID-funded Evidence Project, managed by the Population Council. At RAISE, he has negotiated partnerships to advance worker health with such organizations as Business for Social Responsibility, Levi Strauss & Co., Bayer Pharmaceuticals, HRA Pharma and the ILO’s Better Work programme as well as developed collaborations with the UN Global Compact and the UN Foundation. Previously, David worked at the International Finance Corporation of the World Bank, where he provided strategic and communications support on the Doing Business report and the launch of its revised Social and Environmental Performance Standards. He has also served in senior positions in the U.S. Government, including the White House and the Overseas Private Investment Corporation, an agency that supports investments by American companies in developing countries. 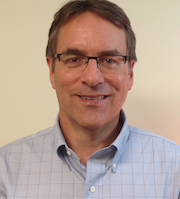