US Senator from Pennsylvania

Harris Wofford, a former United States senator from Pennsylvania whose passion for getting people involved helped create John F. Kennedy’s Peace Corps, Bill Clinton’s AmeriCorps and other service organizations and made him America’s volunteer in chief, died on Monday night January 21 2019 in Washington. He was 92. By the time he became a senator in May 1991, appointed after his predecessor ohn Heinz III was killed in an aircraft accident, Mr. Wofford was already 65. He had been a lawyer, an author, a professor, the president of two colleges, a special assistant to President John F. Kennedy, an adviser to the Rev. Dr. Martin Luther King Jr., chairman of the Pennsylvania Democratic Party, the state’s secretary of labor and industry, a champion of civil rights and a leading force in America’s national and community service movement. Mr. Wofford served out the three remaining years of Mr. Heinz’s term and was narrowly defeated in 1994 by Representative Rick Santorum, a Republican 32 years his junior. A Senator from Pennsylvania; born in New York City, April 9, 1926; graduated from University of Chicago, 1948; graduated from Yale and Howard University Law Schools, 1954; admitted to the District of Columbia bar in 1954 and commenced the practice of law; legal assistant, U.S. Commission on Civil Rights 1954-1958; associate professor of law, Notre Dame Law School 1959-1960; coordinator of civil rights section of John F. Kennedys 1960 presidential campaign; special assistant to President Kennedy and chairman of the Subcabinet Group on Civil Rights 1960-1962; assisted in the formation of the Peace Corps, serving as special representative to Africa and subsequently as associate director 1962-1966; president of the College at Old Westbury (State University of New York) 1966-1970, and Bryn Mawr College 1970-1978; practiced law in Philadelphia 1980-1986; chairman, Pennsylvania State Democratic Party 1986; Pennsylvania secretary of labor and industry 1987-1991; appointed on May 8, 1991, to the United States Senate as a Democrat to fill the vacancy caused by the death of Henry John Heinz, III; elected in a special election to the remainder of the term on November 5, 1991, and served from May 9, 1991, to January 3, 1995; unsuccessful candidate for reelection in 1994; CEO, Corporation for National Service (Americorps), 1995-2001; chairman and then co-chairman of Americas Promise: The Alliance for Youth 2001-2004; is a resident of Washington, D.C. Mr. Wofford’s wife, Clare (Lindgren) Wofford, whom he married in 1948 and with whom he had three children, died in 1996. In April 2016, writing in the Sunday Review section of The New York Times, Mr. Wofford disclosed his pending marriage to Matthew Charlton, 40, a designer with whom he had been living for 15 years. They married that year. In addition to his son Daniel and Mr. Charlton, Mr. Wofford is survived by a daughter, Susanne Wofford; another son, David; a brother, John; a sister, Anne Wofford; and six grandchildren. 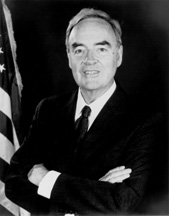