Robert I. Toll is Executive Chairman of the Board of Toll Brothers, Inc., the leading builder of luxury homes. Toll Brothers, founded in 1967, develops residential communities in 21 states. Bob earned a Bachelor of Arts Degree from Cornell University in 1963, and his LLB degree, cum laude, from the University of Pennsylvania Law School in 1966. Bob was named Cornell Entrepreneur of the year in 2005. Bob and his wife reside in Bucks County, PA, located north of Philadelphia. They have five children and ten grandchildren. In addition to his dedication to family and business, he is an avid skier, tennis player, sailor, and golfer. Bob is also devoted to numerous nonprofits. Bob has been a long-time fundraiser for the American Red Cross and now the American Cancer Society. Mr. Toll serves on the Board of Directors of the Cornell Real Estate Council, Seeds of Peace, and Beth Shalom Synagogue. He was a member of the Democratic National Finance Committee during the Obama campaign, and was recently chosen to serve on the Defense Business Board. Bob is a Trustee of the University of Pennsylvania, and is on the Board of Overseers of the University of Pennsylvania Law School, where he established the Albert & Sylvia Toll Scholarship Foundation. Bob is also on the Board of Directors of the Metropolitan Opera. 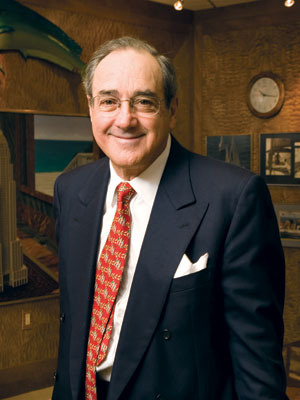