As Director of the Central Intelligence Agency, General Hayden was responsible for overseeing the collection of information concerning the plans, intentions and capabilities of America’s adversaries; producing timely analysis for decision makers; and conducting covert operations to thwart terrorists and other enemies of the US. At Chertoff Group, General Hayden will use his broad geographic and political knowledge to brief clients on intelligence matters worldwide – including developments in cybersecurity – that may affect their businesses. “The best defense is knowing what your enemies are up to, before they know you know it. For today’s CEOs,” he adds, “there is also the challenge of figuring out who and where your enemies are.” Before becoming Director of the CIA, General Hayden served as the country’s first Principal Deputy Director of National Intelligence and was the highest-ranking intelligence officer in the armed forces. Earlier, he served as Commander of the Air Intelligence Agency, Director of the Joint Command and Control Warfare Center, Director of the National Security Agency and Chief of the Central Security Service. General Hayden graduated from Duquesne University with a bachelor’s degree in history in 1967 and a master’s degree in modern American history in 1969. He also did postgraduate work at the Defense Intelligence School conducted by the Defense Intelligence Agency. He is currently a Distinguished Visiting Professor at George Mason University. 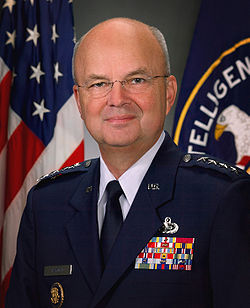