The National Security Agency/Central Security Service (NSA/CSS) is home to America's codemakers and codebreakers. The National Security Agency has provided timely information to U.S. decision makers and military leaders for more than half a century. The Central Security Service was established in 1972 to promote a full partnership between NSA and the cryptologic elements of the armed forces. NSA/CSS is unique among the U.S. defense agencies because of our government-wide responsibilities. NSA/CSS provides products and services to the Department of Defense, the Intelligence Community, government agencies, industry partners, and select allies and coalition partners. In addition, we deliver critical strategic and tactical information to war planners and war fighters. By its very nature, what NSA/CSS does as a key member of the Intelligence Community requires a high degree of confidentiality. Our Information Assurance mission confronts the formidable challenge of preventing foreign adversaries from gaining access to sensitive or classified national security information. Our Signals Intelligence mission collects, processes, and disseminates intelligence information from foreign signals for intelligence and counterintelligence purposes and to support military operations. This Agency also enables Network Warfare operations to defeat terrorists and their organizations at home and abroad, consistent with U.S. laws and the protection of privacy and civil liberties. NSA/CSS exists to protect the Nation. Our customers know they can count on us to provide what they need, when they need it, wherever they need it. 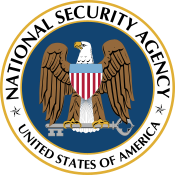