Petraeus was commissioned into the infantry as a second lieutenant after graduating from Military Academy at West Point in 1974. He served the military in a number of capacities before being appointed by President Bush in 2007 to lead the American military "surge" in Iraq. He became the director of the CIA under President Obama's administration in 2011, but in late 2012 he resigned due to an extramarital affair. Petraeus was born on November 7, 1952 in Cornwall-on-Hudson, New York. His mother, Miriam, was a librarian, and his father, Sixtus, worked as a sea captain. He spent two years at Princeton University's Woodrow Wilson School of Public and International Affairs, earning a Master's degree then a doctorate in International Relations. Petraeus was commanding the 101st Airborne Division at the time of the invasion of Iraq during the drive towards Baghdad. It was in June 2004 that he was promoted to the command position over the Mutinational Force, a newly created body focused on training and equipping Iraq's Army, Police and security forces. In 2010, President Obama appointed General Petraeus to the Command of U.S. Forces in Afghanistan as a replacement for General Stanley McChrystal. Less than a year later, the general found himself for the first time contemplating civilian life, once again at the behest of the Commander in Chief. In early 2011 President Obama appointed Petraeus as the director of the Central Intelligence Agency, replacing Leon Panetta. General Petraeus is married to Holly Knowlton, the daughter of Army General William A. Knowlton. They have two children, Anne and Stephen. 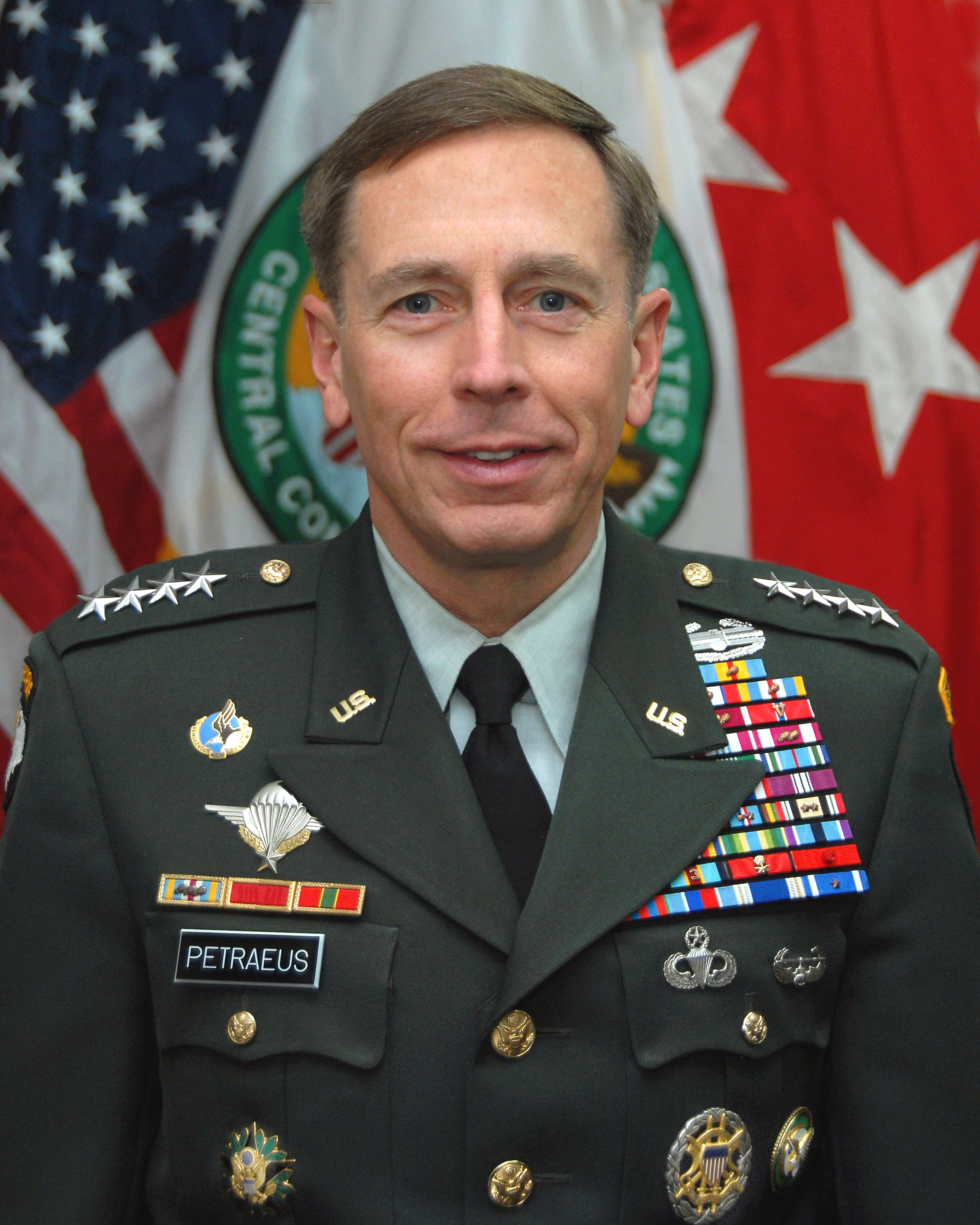