U. of Wisconsin grad started career at Honeywell, joined networking firm Cisco as president and chief executive in 1988. Took the company public 2 years later. Increased sales from $5 million to more than $1 billion in 6 years. Stock soared dramatically during the tech bubble. Firm briefly the world's largest; market cap was $555 billion in 2000 but dwindled to $70 billion by the end of 2002 as the bubble burst. Became chairman emeritus 2006. Fortune continues to falter; stock down 38% since last August. With wife, Tashia, has donated $50 million to alma mater, pledged to give up to $175 million. Cisco Systems announced on June 8, 2006, Mr. Morgridge would become Chairman Emeritus. 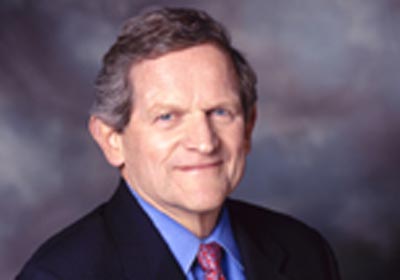