US Representative from California; Dean of Chapman University School of Law

A Representative from California; born in Chicago, August 14, 1952; attended Hardy Preparatory School, Chicago, 1959-1965; graduated, St. Ignatius High School, Chicago, 1969; B.A., M.A., University of Chicago, 1973; J.D., Harvard Law School, 1976; Ph.D., economics, University of Chicago, 1980; admitted to the bar in 1976 and commenced practice in Chicago; White House fellow, office of the chief of staff and White House counsel, 1980-1981; director, Bureau of Competition, Federal Trade Commission, 1981-1983; professor, Stanford Law School, 1983-1988; elected as a Republican to the One Hundred First and One Hundred Second Congresses (January 3, 1989-January 3, 1993); was not a candidate for renomination in 1992 to the One Hundred Third Congress but was an unsuccessful candidate for nomination for the United States Senate; member, State senate, 1993-1995; elected to the One Hundred Fourth Congress on December 12, 1995, to fill the vacancy caused by the resignation of Norman Mineta; reelected to the One Hundred Fifth and One Hundred Sixth Congresses (December 12, 1995, to January 3, 2001); was not a candidate in 2000 for reelection to the United States House of Representatives, but was an unsuccessful candidate for election to the United States Senate. In 2011, Campbell was appointed dean of the Chapman University School of Law in Orange, Calif., and has resigned from his faculty position at Berkeley-Haas. After serving a five-year appointment as dean of the Haas School of Business at the University of California - Berkeley, Campbell stepped down in 2009 but remained on the school's faculty. In 2009, he took a leave to teach at Chapman, which opened in 1995. In 2009, the Chapman School of Law enrolled 547 JD and 76 LLM students. A Stanford Law School professor for 19 years, Campbell has taught Business Law in the Berkeley-Columbia Executive MBA Program and the Evening & Weekend MBA Program. Campbell's five-year appointment as dean of the Haas School was extended by one year so that he could take a one-year leave to serve as California director of finance in December 2004, an appointment made by then Gov. Arnold Schwarzenegger. Campbell also was elected five times to represent the Silicon Valley area of California in the U.S. Congress and elected as a California state senator in 1993. 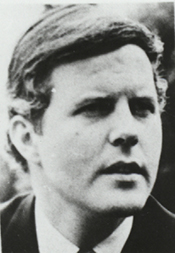