A Representative from Florida; born in Atlanta, Ga., December 23, 1942; A.B., Emory University, 1964; J.D., Emory University School of Law, 1967; admitted to the bar in 1967; legislative assistant to Representative Robert G. Stephens, Jr., 1967-1970; deputy general counsel and general counsel, Office of Consumer Affairs, The White House, 1970-1971; president, Junior League of Jacksonville, 1982-1983; member, Jacksonville City Council, 1985-1992, president, 1989-1990; chairman, Florida Endowment for the Humanities, 1989-1991; elected as a Republican to the One Hundred Third and to the three succeeding Congresses (January 3, 1993-January 3, 2001); was not a candidate for reelection to the One Hundred Seventh Congress; appointed by Secretary of Defense Donald Rumsfeld to the Independent Panel to Review Department of Defense Detention Operations, 2004; died on March 2, 2005, in Jacksonville, Fla. Fowler served as Jacksonville's first female City Council President from 1982-1985. She later served four terms in the U.S. House of Representatives where she served on several key military committees. As Vice Chair of the Republican Conference, Fowler was the highest ranking woman in the U.S. Congress when she retired in 2000. She subsequently received both the Navy’s Distinguished Public Service Award and the Department of Defense Medal for Distinguished Public Service. Fowler joined the Washington D.C. office of Holland & Knight in 2001, and died in March 2005. The Tillie K Fowler Memorial will be 16 feet tall and 16 feet wide. It will consist of three main components: the trunk; the truss, which gives rigidity to the edge of the trunk and creates a transition to the orbs above; and the three orbs, which compose the foliage of the tree. According to the artist, the orbs represent the levels of energy of Fowler's spirit: the inner orb represents family; the second orb represents community; and the outermost orb represents her country. About Tillie K. Fowler: Having served four terms in the U.S. House of Representatives, Congresswoman Fowler became an integral part of the leadership, where she served on the House Committee on Armed Services, Subcommittees on Military Installations and Facilities, and Military Readiness. She also served on the House Committee on Transportation and Infrastructure, subcommittees on Railroads, Ground Transportation and as Chair of Oversight, Investigations and Emergency Management. Rep. Fowler was appointed to the Defense Policy Board Advisory Committee by Defense Secretary Donald Rumsfeld in 2001. In May of 2003, the Secretary named her Chair of the board which advises the Secretary of Defense on issues central to strategic planning for the department. She was the first woman to serve as Chair of the Defense Policy Board in its 20-year history. She also served on the Chief of Naval Operations' Executive Panel. When allegations of prisoner abuse by U.S. military personnel at Abu Ghraib prison in Iraq surfaced in 2004, the Secretary of Defense appointed Rep. Fowler, along with two former Secretaries of Defense and a retired four-star general, to a blue-ribbon panel charged with providing the Secretary with independent, professional advice on issues related to the allegations of prisoner mistreatment. Fowler joined the Washington, D.C. office of Holland & Knight as a Partner in 2001 after a distinguished eight-year tenure in the House of Representatives. In 1998, she was chosen by her Republican colleagues to be the Vice Chair of the Republican Conference, making her the highest-ranking woman in the U.S. Congress when she retired. She also served for six years as a Deputy Majority Whip. Fowler died in March 2005. 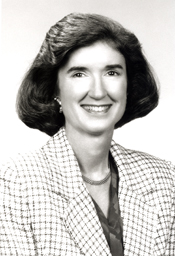