Former US Representative from Oklahoma

A Representative from Oklahoma; born in Eufaula, McIntosh County, Okla., November 18, 1957; graduated from Eufaula High School, Eufaula, Okla, 1976; B.A., University of Oklahoma, Norman, 1981; member of the Oklahoma Corporation Commission, 1990-1995, and chairman, 1993-1995; elected as a Republican to the One Hundred Fourth and to the three succeeding Congresses (January 3, 1995-January 3, 2003); House Republican Conference Chair (One Hundred Sixth Congress through One Hundred Seventh Congress); not a candidate for reelection to the One Hundred Eighth Congress in 2002. J. C. Watts, Jr. is the Chairman of JC Watts Companies, LLC, a consulting firm. Mr. Watts is a former member of the United States House of Representatives and represented the 4. District of Oklahoma from 1995 to 2002. He served as the Chairman of the House Republican Conference. He has served as a director of Clear Channel since February 2003. Mr. Watts also serves as a director of Terex Corporation, Dillard's, Inc. and Burlington Northern Santa Fe Corp. 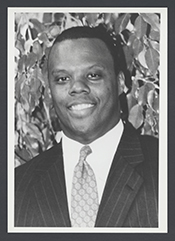