A Senator and a Representative from Arkansas; born in Shreveport, La., December 10, 1950; graduated from Northside High School, Fort Smith, Ark.; attended the University of Arkansas, Fayetteville, Ark., 1969-1972; graduated Southern College of Optometry, 1977; optometrist; business owner; rancher; member of the Rogers, Ark., school board; elected as a Republican to the One Hundred Seventh Congress by special election to fill the vacancy caused by the resignation of United States Representative Asa Hutchinson; reelected to the four succeeding Congresses (November 20, 2001-January 3, 2011); was not a candidate for reelection to the House of Representatives but was elected as a Republican to the United States Senate in 2010 for the term ending January 3, 2017. 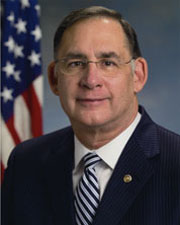