US Representative from Colorado (1997-present)

US Representative for Colorado's 1st district, Diana DeGette has held this seat for more than 30 years, in this heavily Democratic district (the first has been in Democratic hands all but 6 years since 1933!) After practicing law for 10 years, she entered politics, first in the Colorado House of Representatives and to the US House, in 1996. Born in Tachikawa, Japan, July 29, 1957, where her father was serving in the armed forces; B.A., Colorado College, Colorado Springs, CO, 1979; J.D., New York University, New York,NY 1982; member of the Colorado state house of representatives, 1992-1996; elected as a Democrat to the One Hundred Fifth and to t succeeding Congresses (January 3, 1997-present). 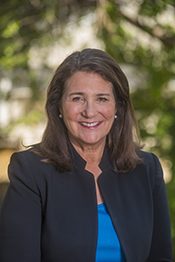