TWDC Enterprises 18 Corporation, initially known as DC Holdco, Inc., is a holding company founded to facilitate the acquisition of Capital Cities/ABC Inc.. This was the legal entity using The Walt Disney Company name from 1996 until 2019. It adopts its current name on March 20, 2019 upon completion of Disney's acquisition of 21st Century Fox and it became a wholly owned subsidiary of TWDC Holdco 613 Corporation, which now carries "The Walt Disney Company" name. 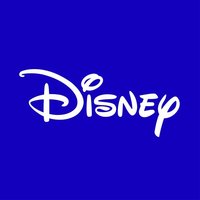