Froman has been in his current position since 2018. He served as United States trade representative in the executive office of the President from 2013 to 2017, and as assistant to the President and deputy national security advisor for international economic policy from 2009 to 2013. Previously, he held various positions at Citigroup, including CEO of CitiInsurance and COO of Citigroup's alternative investments business. Michael Froman is currently Deputy Assistant to the President and Deputy National Security Adviser for International Economic Affairs. Previously, he was managing director at Citi Alternative Investments and head of infrastructure and sustainable development. He is also a Fellow at the Council on Foreign Relations. From January 1997 to July 1999, Mr. Froman served as Chief of Staff of the Department of the Treasury. As Chief of Staff, Mr. Froman served as Treasury Secretary Robert E. Rubin's advisor on international and domestic economic policy, financial regulation, enforcement, tax, budget, management and communications issues. He was responsible for coordinating and implementing the Secretary's priorities throughout the Department and its 12 operating bureaus and served as the Secretary's liaison to the White House and other government agencies. Previously, Mr. Froman was Treasury Deputy Assistant Secretary for Eurasia and the Middle East. His responsibilities included U.S. economic policy toward the Former Soviet Union and Central and Eastern Europe, as well as the implementation of the economic components of the Dayton Accords. From January 1993 to December 1995, Mr. Froman was director for International Economic Affairs on the National Economic Council and the National Security Council at the White House, where he worked on a wide range of international trade and foreign investment policies. Prior to assuming his position at the White House, Mr. Froman served as liaison of the American Bar Association's Central and East European Law Initiative legal assistance program in the Republic of Albania and as a member of the Forward Studies Unit of the European Commission in Brussels. Mr. Froman received a bachelor's degree in Public and International Affairs from Princeton University, a doctorate in International Relations from Oxford University and a law degree from Harvard Law School. 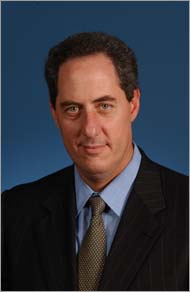