Noem is South Dakota’s first female governor, first elected in 2018 and up for reelection next year. Before that, she served as a member of Congress for nearly a decade. When Noem was in the U.S. House, she was a quiet, conservative backbencher. As governor her politics have sometimes collided with governing in ways that have caused tension with the right flank of her party. Noem’s policy moves also can often seem guided by searching for ways to put herself on the map on national issues. Noem and other Republican campaigns across the country quickly dropped Corey Lewandowski after he was accused by a Trump donor of groping her. A Representative from South Dakota; born in Watertown, S.Dak., November 30, 1971; graduated from Hamlin High School, Hayti, S.Dak., 1990; attended Mount Marty College, Yankton, S.Dak.; attended Northern State University, Aberdeen, S.Dak., 1990-1992; B.A., South Dakota State University, Brookings, S.Dak., 2011; farmer; rancher; member of the South Dakota state house of representatives, 2007-2010; elected as a Republican to the One Hundred Twelfth and to the succeeding Congress (January 3, 2011-present). 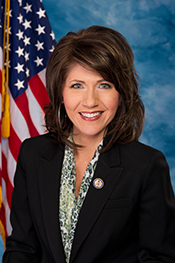