Value of private equity maven's Apollo Management down in past year. Acquired Linens 'N Things in 2006 with partners, filed for bankruptcy in May. Worked with Michael Milken at Drexel Burnham Lambert 1980s; founded Apollo 1990 when Drexel collapsed. Annual returns through 2007: 30% net of fees. With partner Joshua Harris, fighting battle against billionaire Jon Huntsman, who agreed to sell Huntsman Corp. to Apollo-owned chemical maker Hexion. Huntsman says $6.5 billion deal should be completed. Apollo's response: Huntsman Corp.'s worsening financial health would likely force combined company into bankruptcy. Took Apollo quasi-public on private Goldman Sachs exchange last year. Raising 7th private equity fund; $11.8 billion committed as of March. Leon Black, who graduated summa cum laude from Dartmouth College in 1973 with a major in philosophy and history and received an MBA from Harvard Business School in 1975, is the founder, chairman, and CEO of Apollo Global Management, L.P., a global alternative asset manager that has over approximately $100 billion in assets under management. From 1977 to 1990, Leon worked at Drexel Burnham Lambert Incorporated, where he served as managing director, head of mergers and acquisitions, and co-head of corporate finance. He served as a trustee of Dartmouth College from 2002 to 2011, and currently serves on the boards of The Museum of Modern Art, Mt. Sinai Hospital, The Metropolitan Museum of Art, Faster Cures, and the Asia Society. He also serves on the board of directors of Apollo Global Management, AP Alternative Assets, Sirius Satellite Radio Inc., and on the international advisory board of the Russia-China Investment Fund, and is a member of The Council on Foreign Relations, The Partnership for New York City, and the Port Authority Task Force. The Blacks have three sons, Benjamin, Joshua, and Alexander, and a daughter, Victoria. 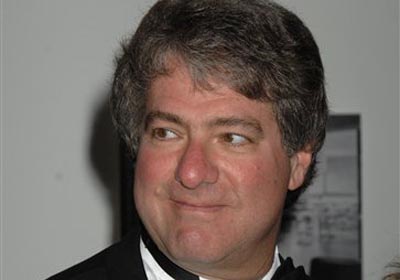