He was the co-developer through Apollo Real Estate Advisors of the dramatic new Time Warner Center at Columbus Circle, and he has also been one of the city's key civic leaders. His work on behalf of the city and state includes his participation in the 42nd Street Redevelopment as a member of the Empire State Development Corporation (formerly the Urban Development Corporation); his critical role as Chairman of the entity that completed construction and ultimately turned around the once-troubled Jacob K. Javits Convention Center project; and his leadership as the first Chairman of the Long Island Power Authority at a time when issues related to the Shoreham power plant caused major upheaval in that community's energy market. A product of New York's public schools, Mack graduated from Brooklyn Technical High School in 1957. He studied engineering at the University of Pennsylvania and business and finance at the Wharton School, before graduating in 1962 from New York University's School of Business with a degree in Business Administration. After serving in the Air Force, he began his real estate career in the early 1960s, starting with that single North Bergen property, which his company still owns today. Over the next few years, he became a significant developer, building more than 10 million square feet of industrial, distribution, and warehouse space throughout New Jersey. In the 1970s, he was one of the pioneers in the development of large, suburban office buildings, virtually creating a new segment of the real estate market and providing new alternatives for some of the region's largest companies. In 1993, he launched the first Apollo Real Estate Investment Fund, which became AREA Property Partners in 2009. AREA has invested approximately $9 billion in more than 465 transactions with an aggregate value in excess of $40 billion. Today, the AREA funds target a broad range of opportunistic, value-added, and debt investments in real estate assets and portfolios throughout North America, Europe, and India. Mack is Chairman of Mack-Cali Realty Corporation, one of the largest publicly traded Real Estate Investment Trusts in the U.S. He is also Senior Partner of the Mack Organization, founded in 1963, a national owner of industrial buildings and other income-producing real estate investments. He is the Vice Chair of the University of Pennsylvania's Board of Trustees, and Vice Chair of the Wharton School's Board of Overseers. In 1999, he founded the William and Phyllis Mack Center for Technological Innovation at Wharton, which helps companies to develop the best strategies to compete and succeed in industries transformed by emerging technologies. Mack currently serves as the Chairman of the Board of the Solomon R. Guggenheim Foundation, through which he has played a vital role in the Foundation's historic project to create the Guggenheim Abu Dhabi Museum. He is Vice Chairman of the Board of North-Shore Long Island Jewish Health System and a member of the Board of Directors of the USJ Federation of New York. His business acumen is well recognized in his service on a number of corporate boards, including a current member of the Regional Advisory Board of JP Morgan Chase, former Director of Wyndham International, Inc., former Director of The Bear Stearns Companies, Inc., and former Director of Vail Resorts, Inc. 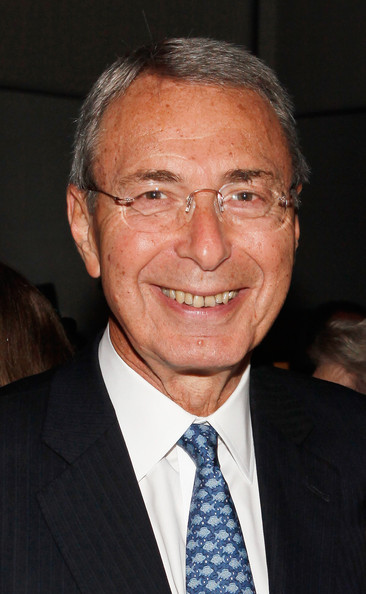