Lawyer's son reared in Kentucky coal country, Craft became a lawyer himself. Joined MAPCO coal unit as assistant general counsel, 1980; became president, 1987. Craft was rewarded with a big stake for leading firm's LBO and conversion into tax-efficient public master limited partnership in 1996; it was renamed Alliance Resource Partners three years later. Its chief executive since, he's overseen subsequent expansion across Appalachia, Midwest. Not surprisingly, long-time advocate of coal as solution to country's energy issues. Personal fortune has soared as stock jumped over the past year; new billionaire this year. Big fan of basketball team at double alma mater University of Kentucky, to which he is big donor. Joseph Craft joined The Forbes 400 list of the wealthiest Americans in 2010, with a fortune of $1.4 billion. A lawyer, he had been given a big stake in the company that would become Alliance for leading its leveraged buyout and conversion into a tax-efficient public master limited partnership in 1996. He didn’t stay on the list for long. A massive $500 million divorce settlement in 2011 forced him to split his shareholdings with his ex-wife Kathy, though he was able to retain voting rights. Forbes revised his net worth to $625 million in 2012. Today, Joseph Craft still serves as CEO of the Tulsa, Oklahoma, company, which touts itself as the second-largest coal producer in the eastern United States. Last year it produced some 40 tons from its mines in Kentucky, Illinois and West Virginia and reported revenues of $2 billion. Joseph Kraft married Kelly in 2016, a year before she became Trump’s ambassador to Canada. 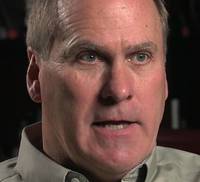