Ron Weiser is the past chairman of the Michigan Republican Party. From 2001-2004, he served as Ambassador to Slovakia under President George W. Bush. He is the founder of McKinley Associates, a national real estate investment company, and served as its Chairman and CEO. He has previously served on the University of Michigan President's Advisory Board, as Treasurer and Chairman of Artrain USA, and as chairman of numerous non-profit fundraising events. Currently, Weiser serves as the National Finance Chairman for the Republican National Committee. Ron Weiser - who founded McKinley in 1968, two years after graduating from U-M's Ross School of Business - and his wife designated $25 million of the $50 million toward the Weiser Center for Emerging Democracies in the International Institute, which was established following a $10 million gift from the family in 2008. In December 2021, he donated $30 million to improve the treatment and care of men with prostate cancer at the Ronald Weiser Center for Prostate Cancer. Before their divorce the couple had donated to UM for more than four decades since 1979, supporting more than a dozen different schools, colleges and units across all three U-M campuses and Michigan Medicine. Total gifts, pledges and future commitments added up to $123.5 million. 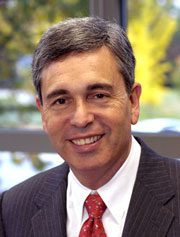