Trevor Traina, based in San Francisco and the Napa Valley, is an entrepreneur and private investor. He has founded and co-founded five successful technology companies. Four of them were sold to acquirers like Microsoft and Intuit. He is currently Founder and CEO of Traina Interactive, a venture funded company operating IfOnly.com, a website that connects the world’s top talents to consumers to benefit charities Trevor began his career in marketing as the youngest Brand Manager ever at Seagram's in New York. He now serves on the boards of Verdiem Corp. (funded by Kleiner Perkins) and Rewarder Inc. Involved in philanthropic pursuits in San Francisco and beyond, he also serves or has served on six charitable boards including the Haas School of Business at the University of California Berkeley, the Fine Arts Museums of San Francisco, the Princeton University Art Museum and the Gladstone Institute for medical research. Trevor holds a bachelor's degree from Princeton, a graduate degree in political science from Oxford and a master's in business administration from Berkeley's Haas School of Business. He lives in San Francisco with his wife, Alexis, the creative/marketing director of Swanson Vineyards, and their two children, Johnny and Delphina. And it’s notable that Trevor’s mother is the brilliant Dede Wilsey, a breath-takingly effective fundraiser and philanthropist in San Francisco. Dede has had a residence in the heart of the Napa Valley since 1970. Trevor’s father, the late John Traina, was a winegrower and vintner in the Napa Valley for many years. Trevor is a longtime collector of photography and contemporary art. He is also a winemaker and owns a vineyard in the Napa Valley. 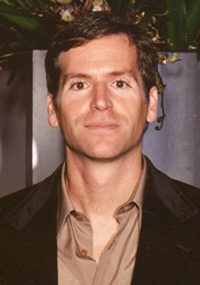