William Berkley was only 11 when his father died, but he credits his late father for teaching him about the value of investing. Berkley began investing when he was 12. His wife, Marjorie, was his secretary when he founded his commercial insurance company, W.R. Berkley Corporation in 1967 with only $2,500 while attending Harvard Business School. The company went public in 1974 and now operates in 60 countries. Though still chairman, Berkley stepped down as CEO in 2015. His son, William Robert Berkley, Jr., is president and CEO now. Berkley lives in Coconut Grove. He is ranked as the nation's 377th-richest billionaire. 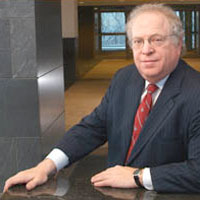