Peter Scaturro is global head of Private Wealth Management (PWM) and serves as a member of the IMD Operating Group and the Goldman Sachs Business Practices Committee. He joined Goldman Sachs as a partner in 2007. Prior to joining the firm, Mr. Scaturro was chief executive officer of US Trust, a position he assumed in 2005. While at US Trust, he was a member of the Executive Committee of Charles Schwab. From 1999 to 2004, he was the chief executive officer of the Citigroup Private Bank, responsible for the Private Bank’s 98 offices in 38 countries. He was a member of Citigroup’s Management Committee from 2002 to 2004. Prior to joining Citigroup, Peter worked at Bankers Trust/Deutsche Bank, where he was made partner in 1997. Mr. Scaturro is a member of the board of the Foreign Policy Association and serves on the Executive Committee. He serves on the Board of Visitors of the School of Engineering and Applied Science at Columbia University, as a trustee of the Inner-City Scholarship Fund and on the Advisory Board of Right to Play. He earned a bachelor’s degree in engineering in 1982 and a master’s degree in engineering in 1985 from Columbia SEAS. 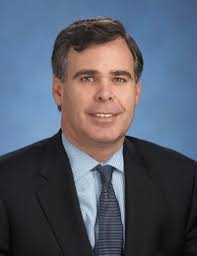