As Chief Executive Officer of the world's leading headwear brand, Chris Koch celebrated his 30-year anniversary with the company in 2007. Since 1920, New Era has been family-owned. Chris began working in the company's Derby manufacturing plant, right outside Buffalo, N.Y., after; transportation, distribution, production, R & D and engineering. In 1990, Chris was promoted to Vice President of Sales. A natural at establishing good rapport with retail accounts, its no wonder that under his direction the company saw an annual growth rate of 20%. In 1992, he was promoted to President. A visionary with great ambition, Chris set his sights on numerous goals including making New Era the exclusive supplier of on-field headwear for Major League Baseball, expanding the business into global markets, becoming a recognized and dominant headwear brand, and continuing to build a strong corporate management infrastructure to support the growth. Managing the reins as CEO since 2002, Chris' aggressive vision of doubling the size of New Era by 2006 was accomplished a year ahead of schedule and, currently, New Era is on track to double its size again by 2010. Under his leadership, New Era has become the dominate headwear brand around the world. Most recently, the Buffalo Renaissance Foundation named him Man of the Year, and Sports Business Journal identified him as one of the Top 20 People to Watch in Major League Baseball. 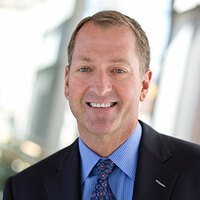