Adelson’s wife Miriam, 75, already controls the bulk of the shares owned by the family through a series of trusts. In some cases, she shares that authority with her husband’s longtime friend and business associate, Irwin Chafetz, 84. In total, the family owns just under 57% of the stock, a stake worth some $24 billion. The family won’t have to sell Sands shares to pay estate taxes since they won’t be levied until Miriam dies. And even then, Adelson planned for years to minimize the impact. The mogul had been an active user of a type of trust that allowed him to transfer stock to his family and avoid gift taxes. The 65-year-old Robert Goldstein, a Sands employee since 1995, stepped up as interim CEO last week. He’s expected to be given the job on a full-time basis after years of serving as Adelson’s No. 2. Right behind him will be Patrick Dumont, 46, who has been chief financial officer for the past five years. Dumont is married to Sivan Ochshorn, one of Miriam’s two children from her first marriage. He’s being groomed as a successor to Goldstein. Miriam, a physician born in Israel, has devoted much of her life to the science of drug abuse, operating clinics for addicts in Las Vegas and Tel Aviv. She also shared her husband’s passion for Republican candidates in the U.S. and for politics in her native Israel. The pair, who met on a blind date set up by one of Miriam’s friends, were the single largest contributors to U.S. politicians last year, giving some $215 million, according to the Center for Responsive Politics. In some respects, Miriam has been as active as Sheldon on the political front. Alongside her husband, she successfully championed U.S. recognition of Jerusalem as Israel’s capital. President Donald Trump awarded her the Medal of Freedom, the nation’s highest civilian award, in 2018. 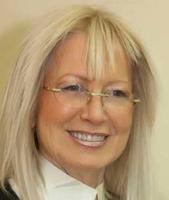