Since June 2001, Chip has served as President and CEO of the Federation of American Hospitals, the national advocacy organization for investor-owned hospitals. Mr. Kahn’s extensive health policy expertise, outstanding leadership abilities, lengthy Capitol Hill experience, and proven campaign and communications skills make him one of Washington, DC’s most effective and accomplished trade association executives. Mr. Kahn is a member of the Board of Directors of PharmMD, a medication therapy management company. He is the past Chair of the David A. Winston Health Policy Fellowship, which funds a 12-month postgraduate experience in Washington, D.C. as well as scholarships for health policy graduate students. Mr. Kahn is also the recipient of the B’nai B’rith 2016 National Health Care Award. During 1995-1998, he played a crucial role in formulating significant health legislation while serving as staff director for the Health Subcommittee of the House Ways and Means Committee. During this time, his efforts helped bring about the Health Insurance Portability and Accountability Act (HIPAA) and the Medicare provisions of the Balanced Budget Act of 1997 (BBA). From 1986-1993, Mr. Kahn served as minority health counsel for the House Ways and Means Health Subcommittee, where he contributed to shaping virtually every major piece of national health entitlement and health-related tax legislation. Earlier in his Capitol Hill career, he served as senior health policy advisor to former Senator David Durenberger (R-MN) and legislative assistant for health to then-Senator Dan Quayle (R-IN). Mr. Kahn cut his political teeth in the 1970s. In 1974 and 1976, he managed former House Speaker Newt Gingrich’s first two campaigns for the House of Representatives, and in 1975, he worked for Mayor Moon Landrieu of New Orleans. From June 1980 to June 1983, Mr. Kahn directed the Office of Financial Management Education at the Association of University Programs in Health Administration (AUPHA) after completing an administrative residency with the Teaching Hospital Department of the Association of American Medical Colleges. Mr. Kahn holds a Masters of Public Health (M.P.H.) degree from Tulane University’s School of Public Health and Tropical Medicine and received a Bachelor of Arts degree from The Johns Hopkins University. 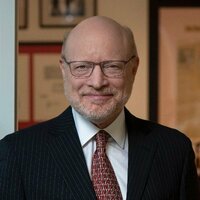