Jacob Ezra Merkin, a lion of Wall Street who would be president of the Fifth Avenue Synagogue. Mr. Merkin’s father, Hermann, was the founding president of the synagogue and Herman Wouk, the author, wrote its constitution. As a direct descendant of the founder of modern Orthodox Judaism and a graduate of Columbia’s English department and Harvard’s law school, Mr. Merkin easily held his own in a congregation that included such luminaries as the author Elie Wiesel, the deal maker Ronald O. Perelman and Ira Rennert, a wealthy financier perhaps best known for building one of the biggest houses and compounds in the Hamptons. Mr. Merkin was fluent in Jewish and secular studies, as comfortatle quoting Psalms as William James. In 1985, after a few years of practicing law at a top-tier firm, now known as Milbank, Tweed, Hadley & McCloy, he started the investment firm that would become Gabriel Capital Group. He contributed to a popular textbook on investing, lived in an art-filled Park Avenue apartment and continued his family’s legacy of generosity. Philanthropies embraced him. He headed the investment committee for the UJA-Federation of New York for 10 years and was on the boards of Yeshiva University, Carnegie Hall and other nonprofit organizations. He became the chairman of GMAC. Installed in these lofty positions of trust, Ezra Merkin seemed to be a Wall Street wise man who could be trusted completely to manage other people’s money. One vehicle through which he did that was a fund called Ascot Partners. It was one of an unknown number of deals that prominent financial figures set up in recent years and marketed to investors, who thought they were tapping into the acumen of some Wall Street titan, like Mr. Merkin. As it turned out, their money wound up in the same place — in Bernie Madoff’s hands. These conduits began to steer billions of dollars into the Madoff operation. They operated below the financial radar until Mr. Madoff’s scheme collapsed, when investors suddenly got letters from the sponsoring titan disclosing that all or most of their money was probably gone. 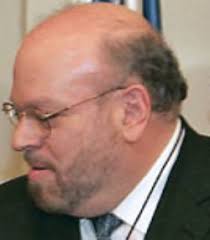