Stephanie Cutter is a Partner and co-founder of Precision Strategies and a host of CNN’s Crossfire. Previously, she was Deputy Campaign Manager for Obama for America. Ms. Cutter worked at the White House from 2010 to 2012, first as Assistant to the President for Special Projects and then as Assistant to the President and Deputy Senior Advisor. She was Chief of Staff to Michelle Obama during the 2008 Obama for America campaign. Ms. Cutter founded the Cutter Media Group in 2006, and previously served as a senior advisor to Senators Harry Reid and Edward M. Kennedy, and as Communications Director for Senator John Kerry’s presidential campaign. She serves on the boards of Organizing for Action, the University of Chicago Institute of Politics, and the Edward M. Kennedy Institute for the United States Senate. Ms. Cutter received a B.A. from Smith College and a J.D. from Georgetown University Law Center. 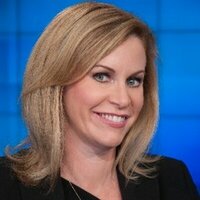