ERNIE FLETCHER was born in Mt. Sterling, Kentucky, and received a bachelor's degree from the University of Kentucky College of Engineering in 1974. He served in the U.S. Air Force as an F-4E Aircraft Commander and NORAD Alert Force Commander, leading flights that intercepted Soviet military aircraft during the Cold War. After leaving the Air Force, he graduated from the University of Kentucky, College of Medicine in 1984 and became a family practice physician. He served for two years as CEO of the Saint Joseph Medical Foundation. Fletcher began his political career in the Kentucky Legislature in 1995 as representative of the state's 78th district. He served on the Kentucky Commission on Poverty and the Task Force on Higher Education, and was appointed by the governor to assist with reforming Kentucky's ailing health-care system. In 1998, he was elected to represent the 6th Congressional District of Kentucky. During his career in the U.S. House, he initially served on the Budget, Education and Workforce, and Agriculture Committees, before serving on the influential House Committee on Energy and Commerce and as chairman of the Policy Subcommittee on Health. Fletcher's legislative priorities included: improving health care and Medicare; ensuring educational opportunities for all children; making taxes fairer, flatter and simpler; and protecting family farmers. He was also a major force behind the Patient Bill of Rights in 2000. On November 4, 2003, Fletcher was elected governor of Kentucky with 55 percent of the votes, becoming Kentucky's first Republican governor since 1971. One of Fletcher's top priorities was economic development and the number of jobs created during his administration ranked Kentucky 4th best among states. Fletcher streamlined state government, condensing the number of cabinets from 14 to nine, and dissolved the former Kentucky Horse Racing Commission and created the new Kentucky Horse Racing Authority, which promotes and regulates Kentucky's signature industry. He has rolled back unnecessary, burdensome Medicaid requirements and unveiled a plan to modernize Medicaid and focus on improvements in care, benefit management and technology. Because of his medical career and his passion for health, Governor Fletcher unveiled "Get Healthy Kentucky!," an initiative to promote healthier lifestyles for all Kentuckians. A Representative from Kentucky; born in Mt. Sterling, Montgomery County, Ky., November 12, 1952; graduated from LaFayette High School, Lexington, Ky., 1970; B.S., University of Kentucky College of Engineering, Lexington, Ky., 1974; M.D., University of Kentucky College of Medicine, Lexington, Ky., 1984; United States Air Force, 1974-1979; member of the Kentucky state house of representatives, 1994-1996; elected as a Republican to the One Hundred Sixth Congress and to the two succeeding Congresses and served until his resignation on December 8, 2003 (January 3, 1999-December 8, 2003); Governor of Kentucky, 2003 to present. 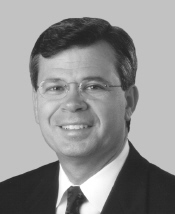