A native of South Carolina, Dontai Smalls joined UPS’s Global Public Affairs function in the Washington, DC office in October, 1999. In his current role as Vice President, Global Public Affairs, Dontai works to advance all of UPS’s international interests on Capitol Hill, particularly among trade and customs modernization. His expertise also includes managing UPS’ global aviation portfolio in DC, acting as the Washington head for managing the relationships between UPS and Europe, including the embassies, and bridging the relationship between UPS and the Congressional Study Groups, which provides substantive, issue-based opportunities for Members of Congress to engage with their counterparts abroad. Throughout 2005-2007, Dontai additionally served as counsel to UPS’s Air Group Legal Department in Louisville, KY. In that capacity, he focused on all brokerage/customs, flight operations, international operations and real estate/airport property issues relating to UPS Airlines, one of the largest airlines in world. Prior to government affairs at UPS, Dontai worked at various internships in Washington, including The White House, the U.S. Department of Energy, and the Center for Strategic and International Studies. Dontai holds a J.D. from the Georgetown University Law Center and a B.A. cum laude in political science from Howard University. He serves on the Board of Directors of the Washington Government Relations Group, the Express Association of America (President), South Carolina Business Council in Washington, the International Aviation Club, and on the Corporate Advisory Council of the Congressional Black Caucus Foundation. He is also serves on the Board of the U.S. Capitol Historical Society. Currently, Dontai lives in the Capitol Hill neighborhood of Washington, DC with his wife and their daughter. 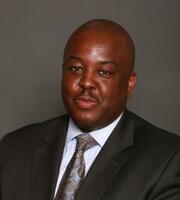